One really nice thing we have found at the Edinburgh Fringe in the last few years is that spoken word is taking more of a centre stage. As much as we love comedy here at Bunbury, we do also love a finely-crafted hour of spoken word.

Garibaldi, in our opinion, straddles both comedy and spoken word in a very clever way.

After some startling statistics on the decline of The Gary, Gary From Leeds spends the next hour performing sharply-written poems in an attempt to ‘Save Gary.’ He references everything from the Andrex Puppies to Giuseppe Garibaldi himself whilst taking the audience on an extraordinary journey through his words.

Gary makes brilliant use of props throughout the show as well – the palm reading is a stroke of genius (we won’t give it away!) as well as utilising music very effectively. One of the highlights is a poem so bereft of hope yet set to the ‘second jauntiest TV theme of all time’ (again, we won’t give it away) that, yes Gary, it did leave the audience with a net depression. And we loved it.

This is spoken word at its finest and funniest.

Garibaldi was performed at Silk in the Upper Room.

Rain tore down the well built defences of waterproof jackets and umbrellas while a welcoming, warm light burned in Bar Ten.  A large bowl of sweets sat invitingly on a table and a pumpkin glowed on stage, a raven carved into its face.

The evening started with open mic slots, the first of which took the form of a dialogue written and performed by Alan Rick with Fiona Nuttall taking the second roll. It is the first time we have had a more theatrical piece and it was great to see something different.

Next up was Michael Bainbridge who has a short, sweet and wonderfully penned offering and you know how much

we love seeing a new face.

Another new face performing but regular audience member Helen Bainbridge gave us a heartfelt and emotive pieces to enjoy.

After the first lot of open mic performers we had the first of our headliners for the evening, Dr. Sam Illingworth.
Dr Mr Sam is a physicist who lectures at Manchester Metropolitan University. He is also a poet. He delighted us with poe

ms on birds, fish, the void and many other topics. Sam writes about and researches the crossover poetry and science, to put it in a nutshell and if you get the opportunity, go see him. You will not be disappointed. 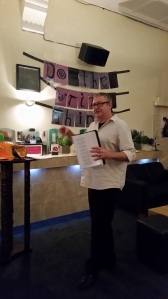 After the break we had our second headliner, Mr Chris Bainbridge who is always a pleasure to have at our evenings. His pieces are inspirational at some points, thought provoking at others and downright hilarious too. He truly is a gifted poet and again, if you get a chance to 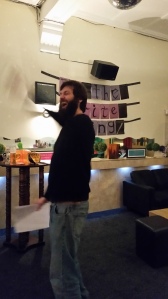 The second, smaller duo of open mic performers started with a comedic piece from Matt Panesh who portrayed a character by the name of Roger Cumsnatch who is just as jaw-dr 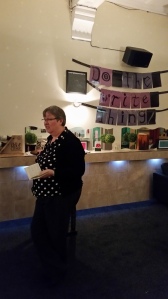 opping as the name implies. It was very refreshing to have another first at Do The Write Thing.

The second slot saw the return of the highly talented Fiona Nuttall who is always a pleasure to hear and has previously been a headliner. Fiona has a style all of 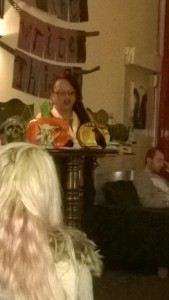 her own and captivates the audience with ease and a great degree of skill.

Finally, we saw the début headliner performance of Lorraine Beckett-Murray, who delivers great impact from page to performance. We were treated to tales of cannibalism and long lost loves spanning centuries. A regular at our writing group, Do The Write Thing and landlady of Bar Ten, it is wonderful to see someone so passionate really take the reins.

At the end of the night, Keri presented the headliners with her own canvases. The pictures of which, are below. We hope you’ve enjoyed this write up and urge you to come to the next event. Keep an eye on our Facebook page for updates about the next event. 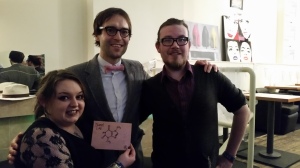 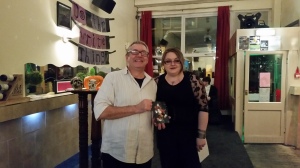 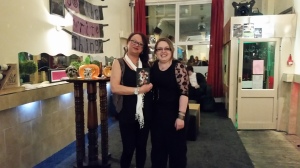 Last night saw the latest installment of our live event, Do The Write Thing. We always have an absolute blast at every event we do and last night was no exception.

It was an intimate crowd on a nice, calm night in the centre of town.  The first half was kicked off by our very own Keri-Ann Edwards with a mixture of poems old and new, sweet and filthy. Then DTWT regulars Fiona Nuttall and Joseph Roberts wowed us with some of their wonderful words. We also had Lorraine, a regular member of the group and owner of the very fine establishment in which we host the night. To top the first half off, we had David Subbachi, a poet we have had the honour of publishing in our pages, all the way from Wrexham.

Here is the first half in pictures.

We then broke tradition for the start of the second half by inviting David back to the stage. Given he had travelled all this way, we needed to hear more! Following his mini-encore, we had first time performer Chris Leores who really impressed us. Then another regular Alan regaled us with the exploits of the Grimlaut family before Alex Wight rounded up the night in excellent fashion with his first headliner spot.

Here is the second half in more photos.

We also like to do a little bit extra for those who come along and very generously share their words with us. This month, we presented David Subbachi and Alex Wight with very special paintings made by Keri herself.
Keri has also started to paint the poems of those poets we love. This month, she chose Lorraine and the very-finely crafted piece was given at the end of the night.

Here are some pictures of that too!

Next month we will be doing it all again so make sure you are there! We have the incredible Elizabeth Tyrell headlining for us and you don’t want to miss that! All the details are on the poster below or you can find us on Facebook! 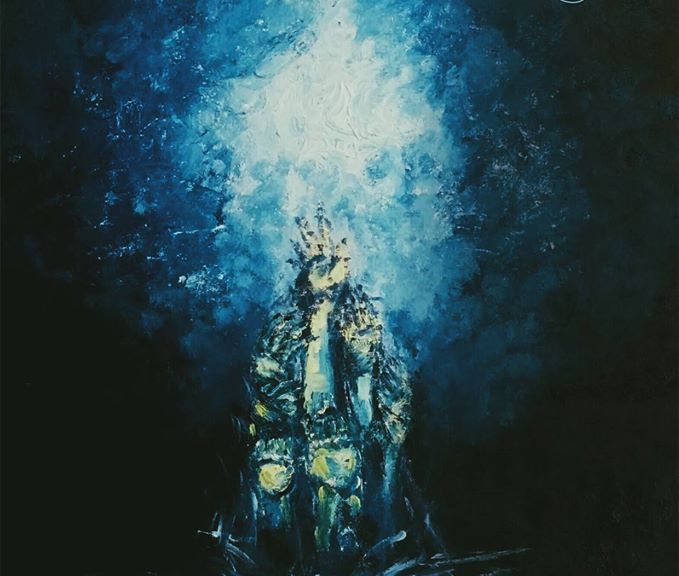 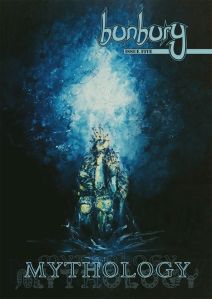 There’s also an interview with Stephen James who runs the Spoken Word Showcase in The Crescent Pub in Salford and a selection of the performers at this event including Rosa Wright, Chris Jam, Laura Parrott, Zach Roddis, Intoxikie and Genevieve Walsh.

The next Spoken Word Showcase is July 17th so if you’re in the area get down there.

That’s all for now, the next issues theme will be memory so get your submissions sent to bunburymagazine@gmail.com if you don’t want to be forgotten.

Hello all you wonderful bunburyists, just a quick update on the things that have been going on.

“Do the write thing” has launched and has been featured in the local press, bit of exposure is always nice as long as it’s not indecent. 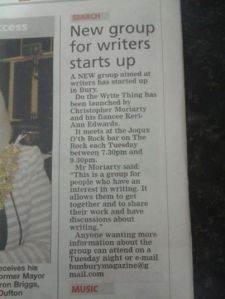 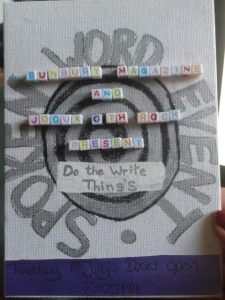 Remember to be at Joqux O’th Rock bar every Tuesday to see it, plus there will be a poetry night once a month starting next week with further plans for a play performance night every six months so tonne of stuff going on.

In other news our very own editors/dictators/overlords Christopher and Keri-Ann performed at a poetry night called “Spoken Word” held at the Crescent Pub in Salford.

The final piece of gossip is that Christopher Moriarty is hoping to get his book “Lightspeed” released early next year something we’d all love to see happen.

That about wraps it up for news for the time being, only thing left to say is look forward to all the fantastic things coming up and look out for the next issue of Bunbury which should go down as a thing of legends (get it… the next issues theme is mythology, it’s literally a thing  with legends in it, shut up I’m funny.)

The Book of our Face

The Book of our Face